Dan came over from Sweden for the 4-day iStill University Distillers Training. Upon touring our facilities, he saw that we are already working on his iStill 2000 … 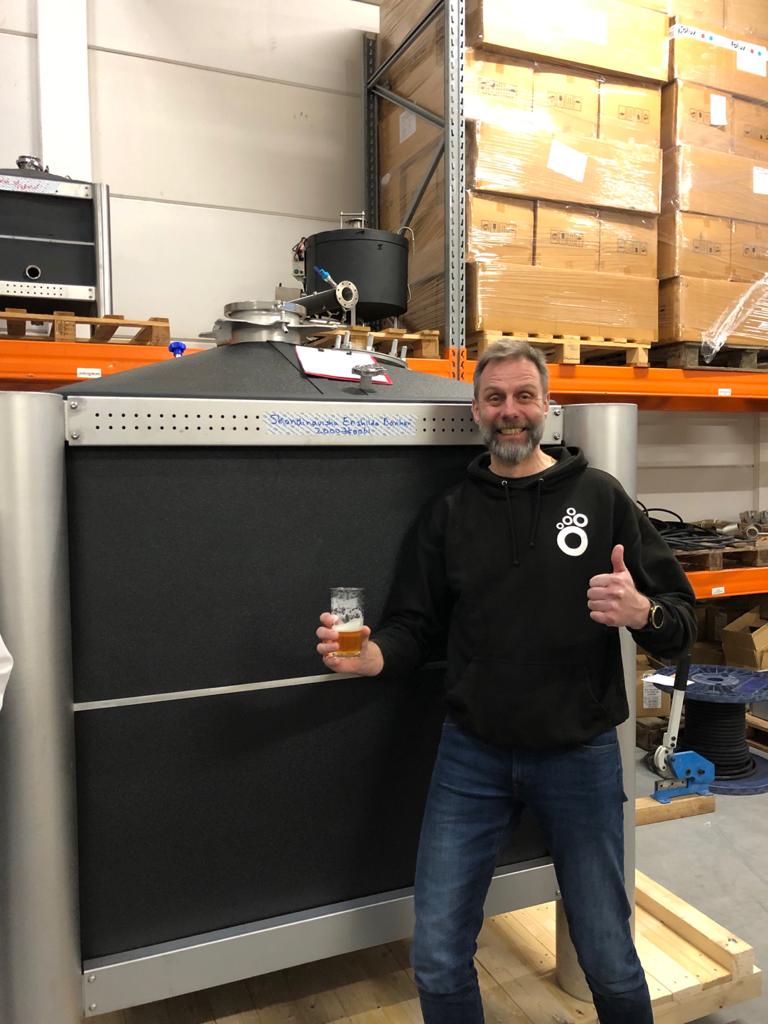 Meet Claire Marin, owner and head distiller of Catskill Provisions Distillery. Claire is a bee keeper and makes honey. She is also a distiller and makes an amazing rye whiskey. What’s best? She combines the two and turns it into the best honey rye out there! 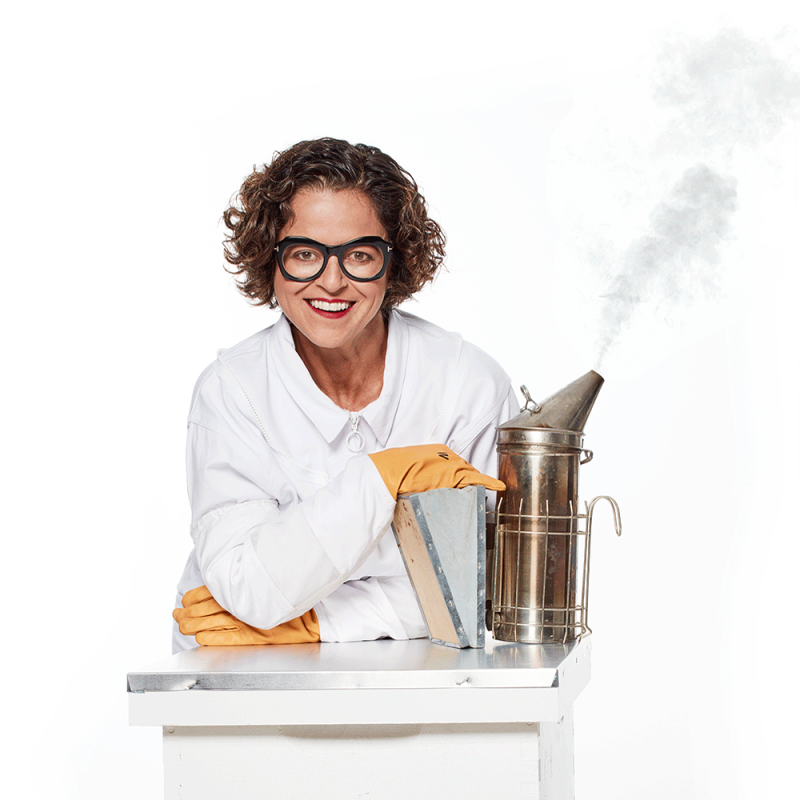 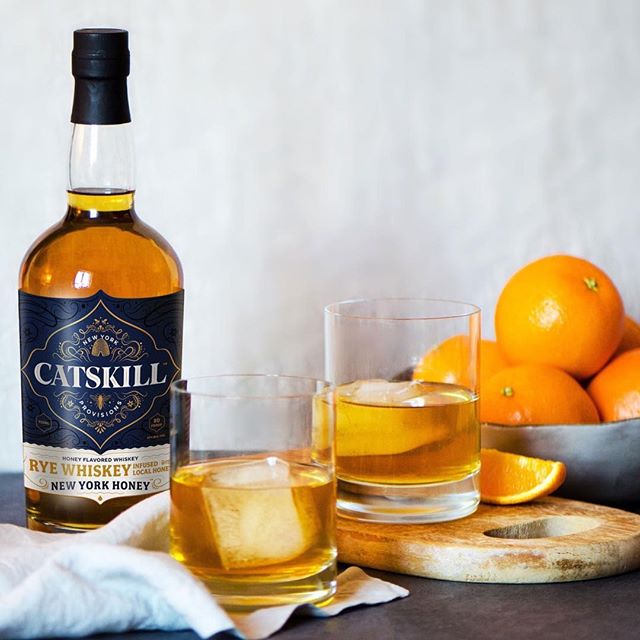 Congrats to Mark Elia & Team for the grand opening of their amazing Long Branch Distillery! Where? Long Branch, New Jersey! Here are some pictures:

Michael Moberly, national brand ambassador and distillery manager, is fashioning me a pour-over cup of coffee using local Magpie Roasters, the blooming coffee grounds puffing like soufflé beneath a stream of hot water.

Moberly pairs the coffee with a pony of Fernet Cannella, the house version of the bitter Italian spirit showcasing a slew of botanicals.

There are sips of each, then a rush to judgment: The coffee? Nicely seamed with lime and stone. The Fernet? A bitter boozy herby menthol gust. Next, I sip the fernet and coffee mixed, and there’s another rush: a head rush. 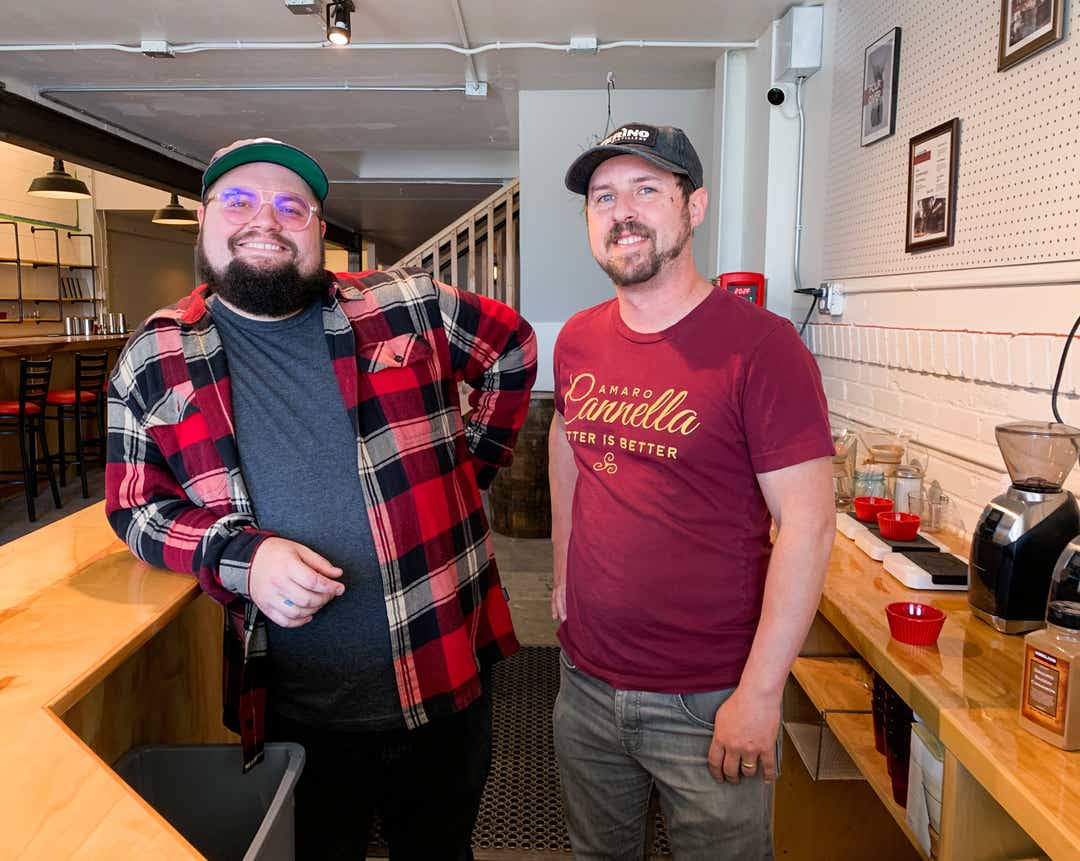 Joe Cannella, owner of Ferino Distillery, and Michael Moberly, national brand ambassador and distillery manager, in the coffee bar of the new distillery on East Fourth Street in Reno.
Provided to RGJ Media
It’s only 3 p.m., I think, but 3 p.m. is nigh on 4 p.m., and 4 p.m. means happy hour. I continue sipping.

“I worked with every roaster to pair them together. I did multiple cuppings,” said Moberly, the chair of this afternoon rush, describing the union of local coffees with Ferino house spirits that will be an ongoing feature of the distillery’s coffee bar.

Sip, sip, sip. The rush is unfurling like a boozy bolt of silk, the drink embodying Ferino’s focus on artisan beverages, on knowledge married with care, on the possibilities of flavor.

In an age of curating (horrid word), this is the opposite. This is craft. And art.

Joe Cannella and his wife Annie Gastelum, a Gardnerville native, began distilling a cinnamon cordial under the Cannella Hand-Crafted Spirits label in San Francisco in 2014. (Cannella, wonderfully, is Italian for “cinnamon.”)

The couple moved their operation to Reno, in part to be closer to family, and last summer signed a lease for about 5,000 square feet that would become Ferino Distillery. The name enacts a double meaning: literally (ferino means “wild” in Italian) and homophonously (ferino sounds like “for Reno”).

A still that can do anything 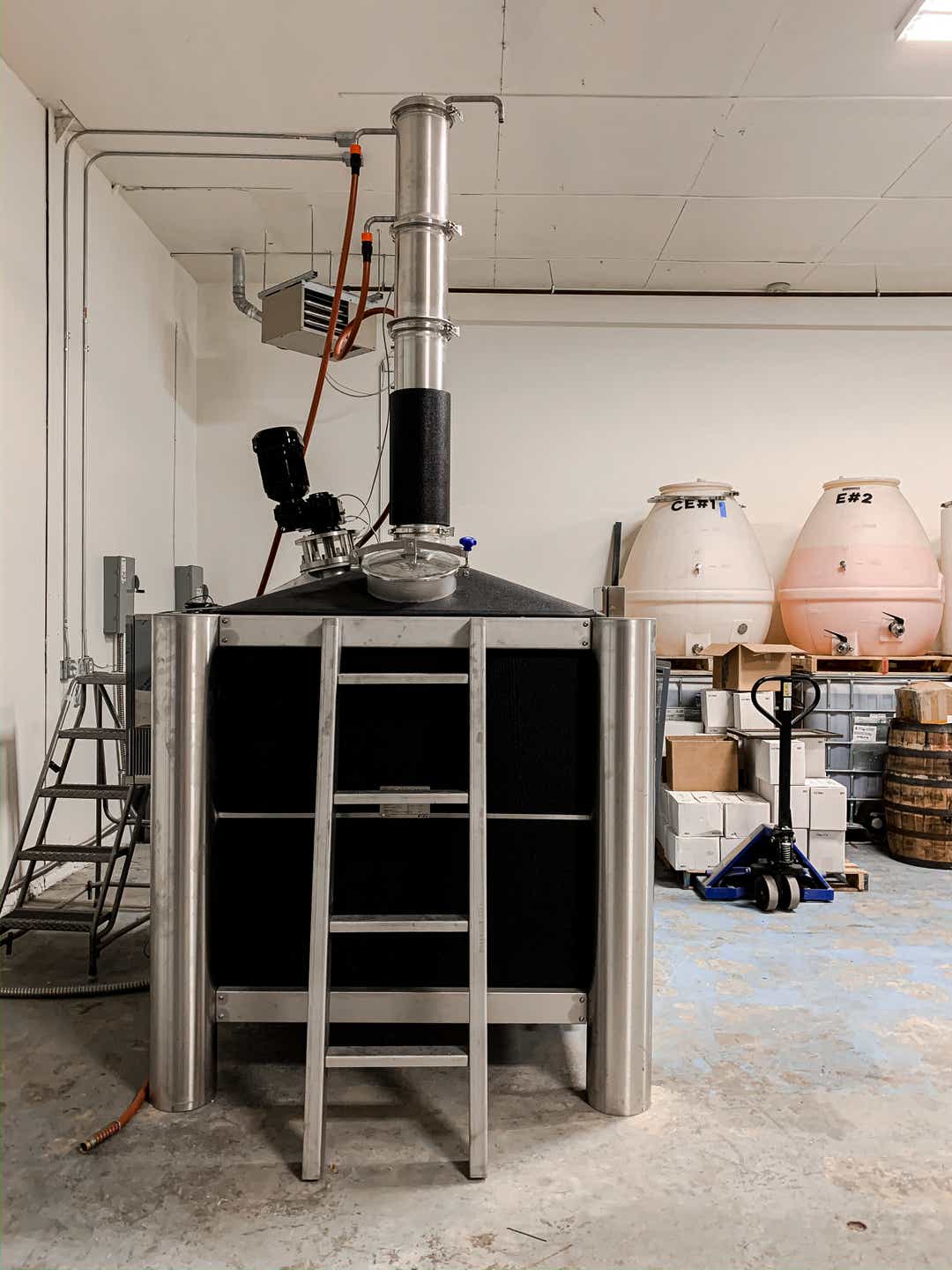 A cutting edge iStill in the distillery room at the new Ferino Distillery on East Fourth Street in Reno.
Provided to RGJ Media

Cannella Cinnamon Cordial is still the family’s flagship spirit: bright, in a dry style, substantial but not thick or cloying, with four different cinnamons creating depth.

The cinnamon cordial, the Fernet Cannella and Amaro Cannella, another Italianate bitter liqueur rife with botanicals, are crafted in the distillery area at the back of the building.

A cutting-edge 2,000-liter iStill — “It can do anything,” Moberly said. “Joe can turn it on from his home” — is used to distill a base spirit (unlike many distillers, Ferino does not rely on pre-made base). Botanicals are macerated in the base as everything rests, the botanical mix and resting time varying by what’s being created.

The botanical formulas are proprietary, as they always are in distilling, but Cannella and Moberly did allow that one botanical is myrrh. Yes, that myrrh (a perfumed resin). The same myrrh the Wise Men gave to the infant Jesus. 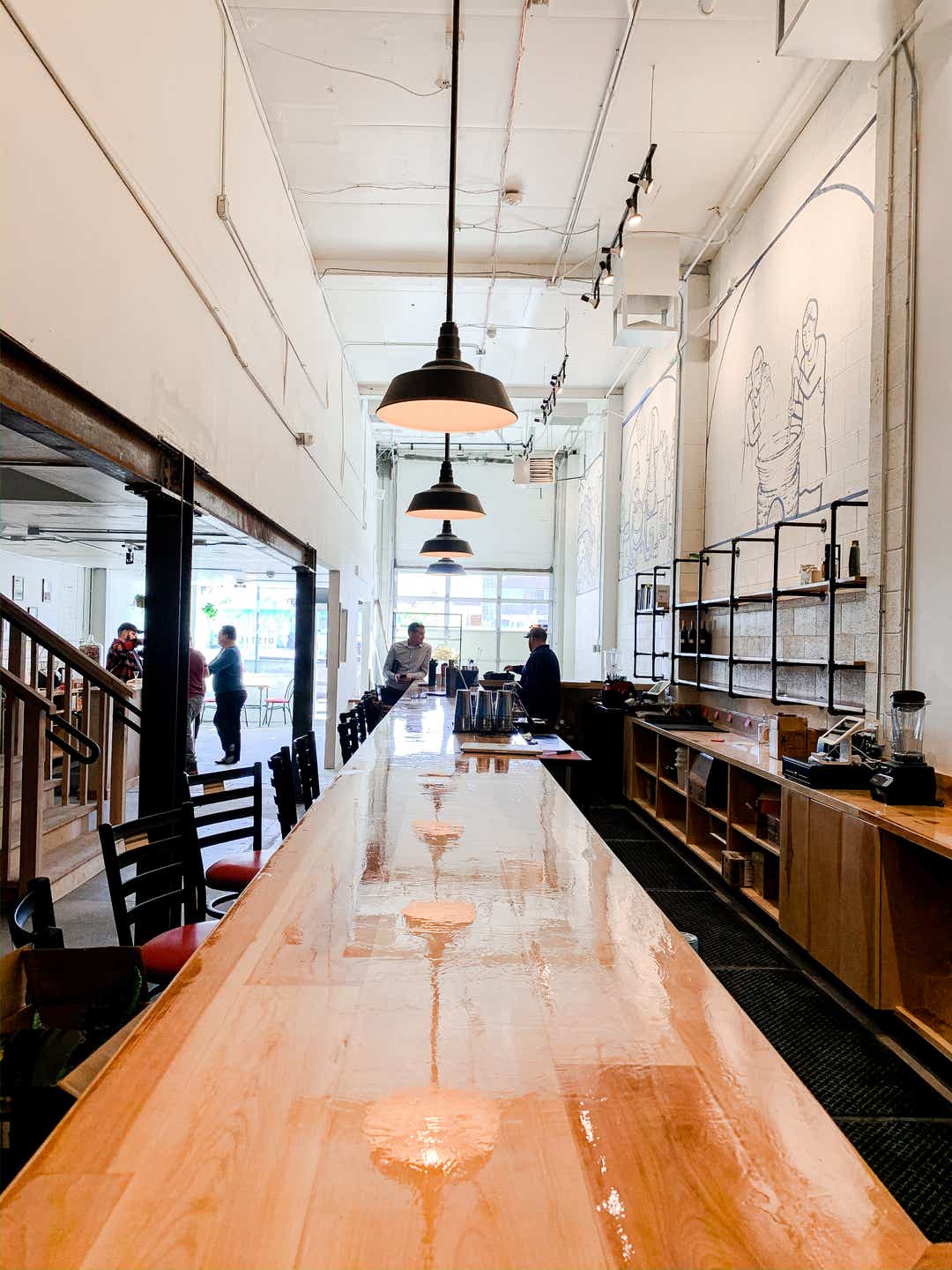 A 48-foot birch bar commands the front room at the new Ferino Distillery on East Fourth Street in Reno.
Provided to RGJ Media

A 48-foot bar made from birch commands the front room of Ferino Distillery. Steel piping helps form shelves on the back bar. Above, four murals rendered in woodblock style by Reno artist Summer Orr tell the story of spirits: harvest, distilling, maceration and family.

The bar lies in what once was an alley, later covered.

Across, a micro-gallery offers cycling images by local photographer Cesar Lopez. They’re a nod to the building’s previous tenant, the Reno Bike Project. To create flow from bar to gallery, a dividing wall was removed, then replaced by brawny steel support beams.

“It’s that industrial vibe with modern touches,” Cannella said of the look.

The gallery hanging will change every three months as the Ferino Distillery cocktail menu changes.

The debut version of that menu resembles a ‘zine and features 11 drinks, each made with one of the distillery’s house spirits.

In the DIY section, where $1 from each drink goes to the Holland Project, look for the HP Twanky/Twanky, a union of gin, Amaro Cannella, white wine, lime and ginger that feels a bit like white sangria all dressed up to go out.

There’s a maple old-fashioned with Cannella Cinnamon Cordial and maple syrup among the Classics, and three Nu Wave confections, including Black Death (you’ll have to stop by to find out). 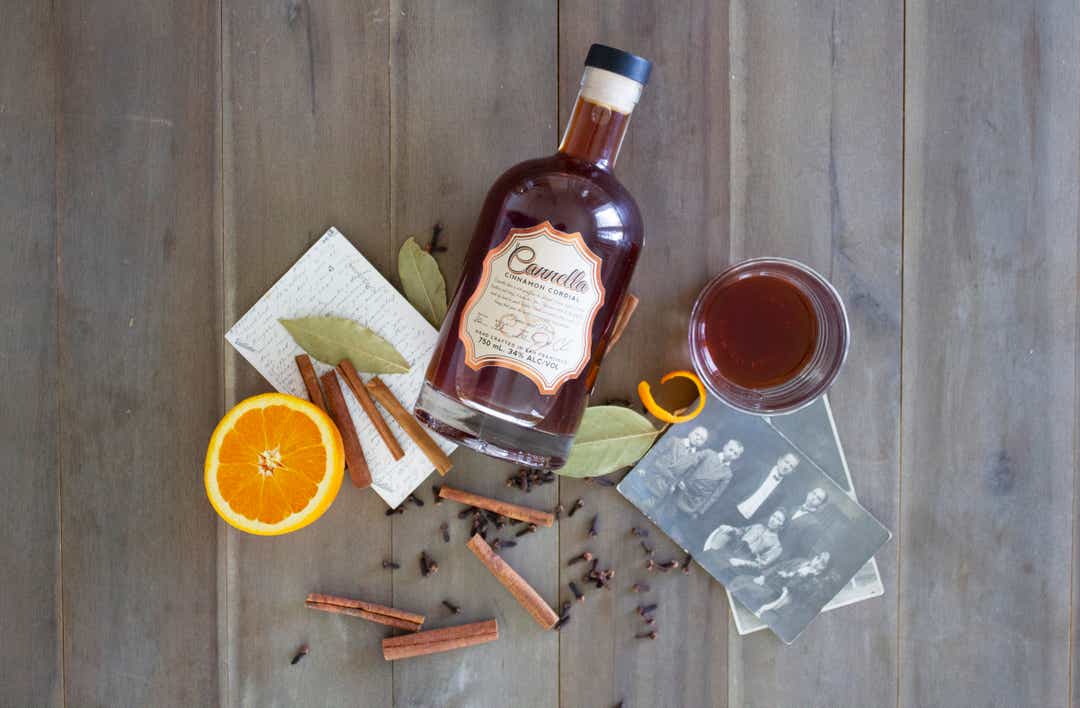 Cannella Cinnamon Cordial is the flagship spirit at the new Ferino Distillery, owned by the Cannella family, on East Fourth Street in Reno.
Provided to RGJ Media

And don’t think about plastic tubing.

“Glasses are sized so we can fill to the top, so you don’t have to dip too far into the drink, in an effort to combat the need for straws,” Moberly said. 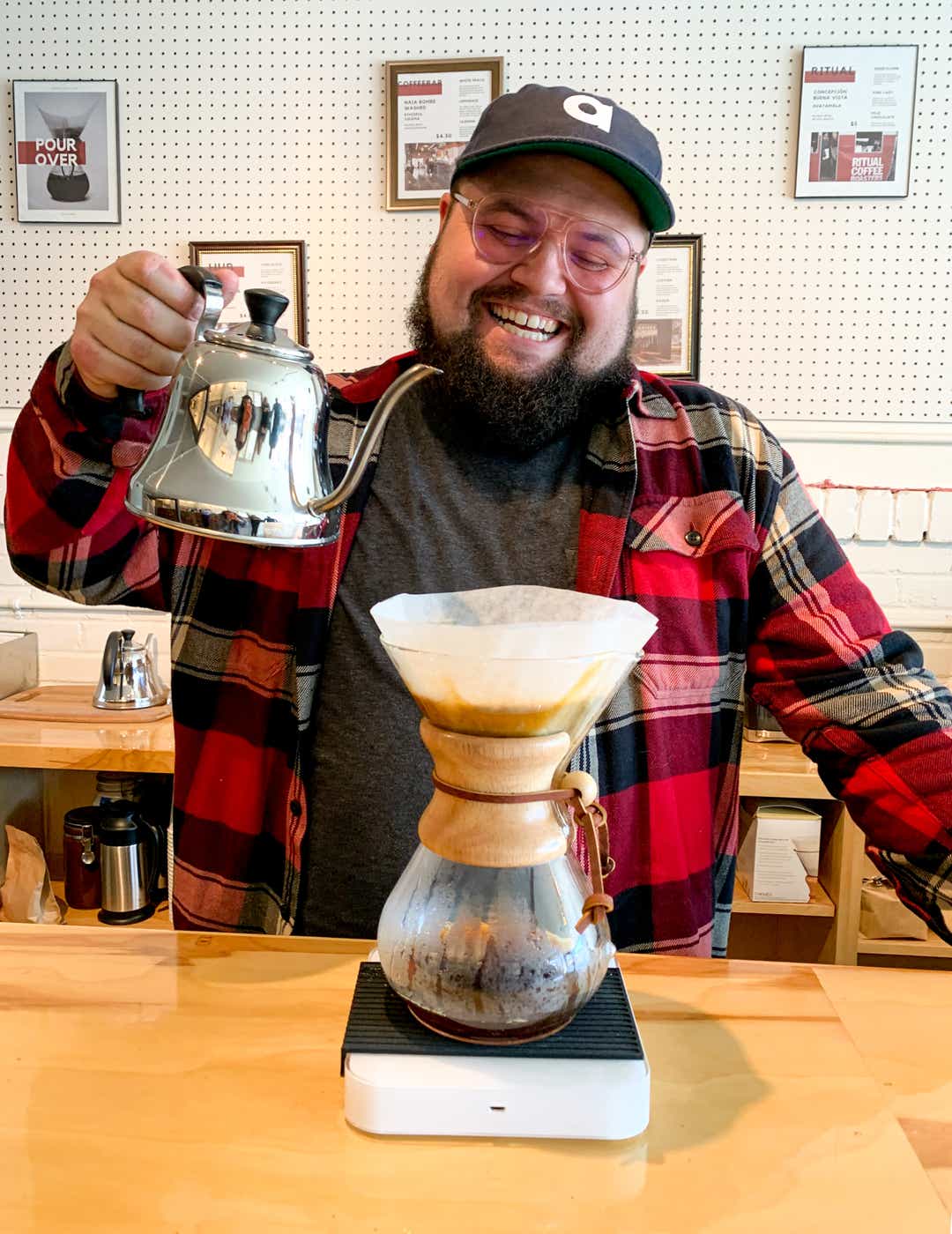 Back at Ferino’s small coffee bar, I’m tempted to continue the afternoon rush.

The pour-over coffee program at the distillery currently joins the Hub with cinnamon cordial, Coffeebar roast with Amaro Cannella and, as I experienced, Magpie with fernet. A changing out-of-town guest supplier also will be among the selections.

Of course, separate cups and ponys can be ordered, too.

As I await another Magpie fernet, I’m reminded of how well Ferino Distillery fits into the history of fabrication, of shaping things into something else, that describes East Fourth Street.

“Making things is important to Fourth Street,” Moberly said. “We want to be in that tradition.”

You care about what you put in your mouth. So keep current on food and drink news through alerts, unlimited access to content and more with a Reno Gazette Journal digital subscription.

Looking for the best Spirits in Utah?

Here’s where you can find ‘m: 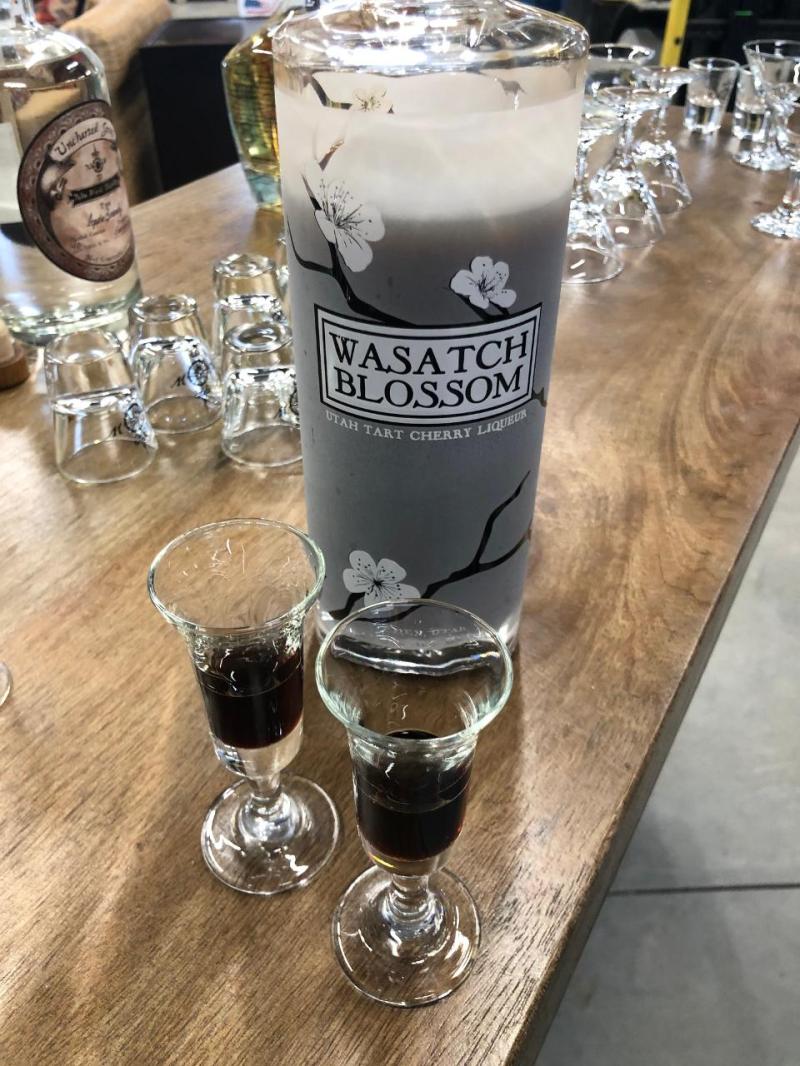 Aris Aristidou and his wife are opening the Crim Dell Distillery soon! Where? On the beautiful island of Cyprus! They purchased an iStill 2000. Here is a picture of what the distillery looks like … 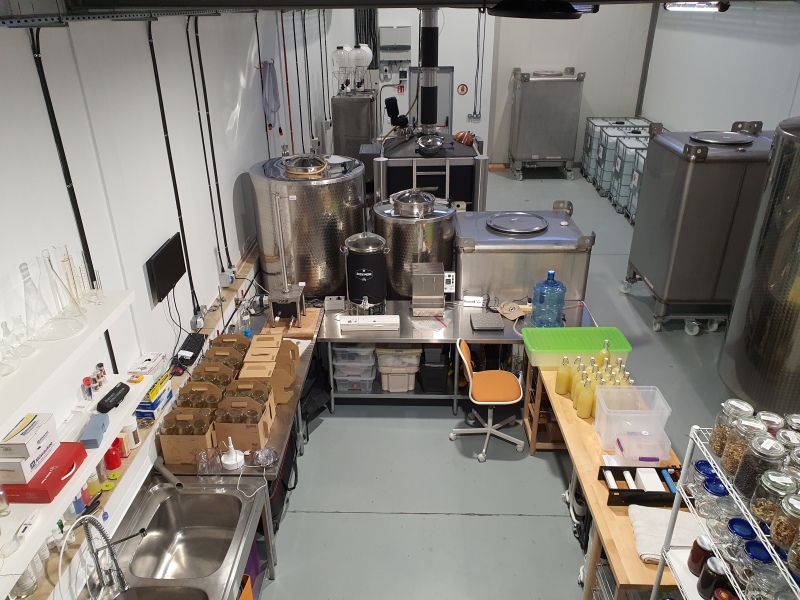 Here is a map of the iStill customers in England. As you can see, there is no stopping progress! Are you considering to join the ever growing family of modern, 21st century distillers? Do you want to learn more about the amazing technology iStill has to offer? Do you want to learn about distilling via one of our courses? Then please reach out to us via Sales@iStillmail.com.

Modern-day distilling takes over the present-day world, including England … 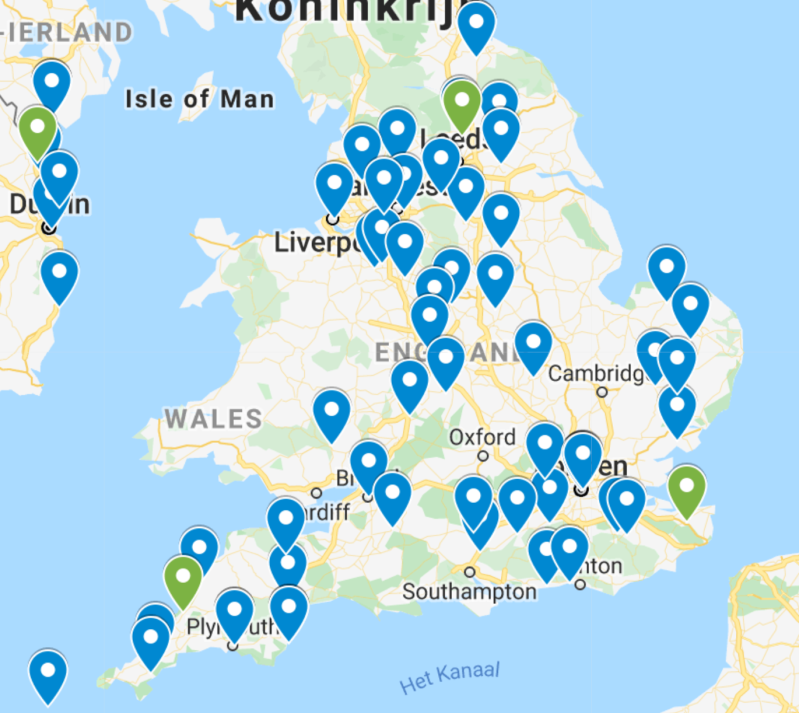 Another iStill to Croatia!

Here is a picture of Mitchel loading another iStill 500 in a truck. After crating, it will be shipped to a customer in Croatia! 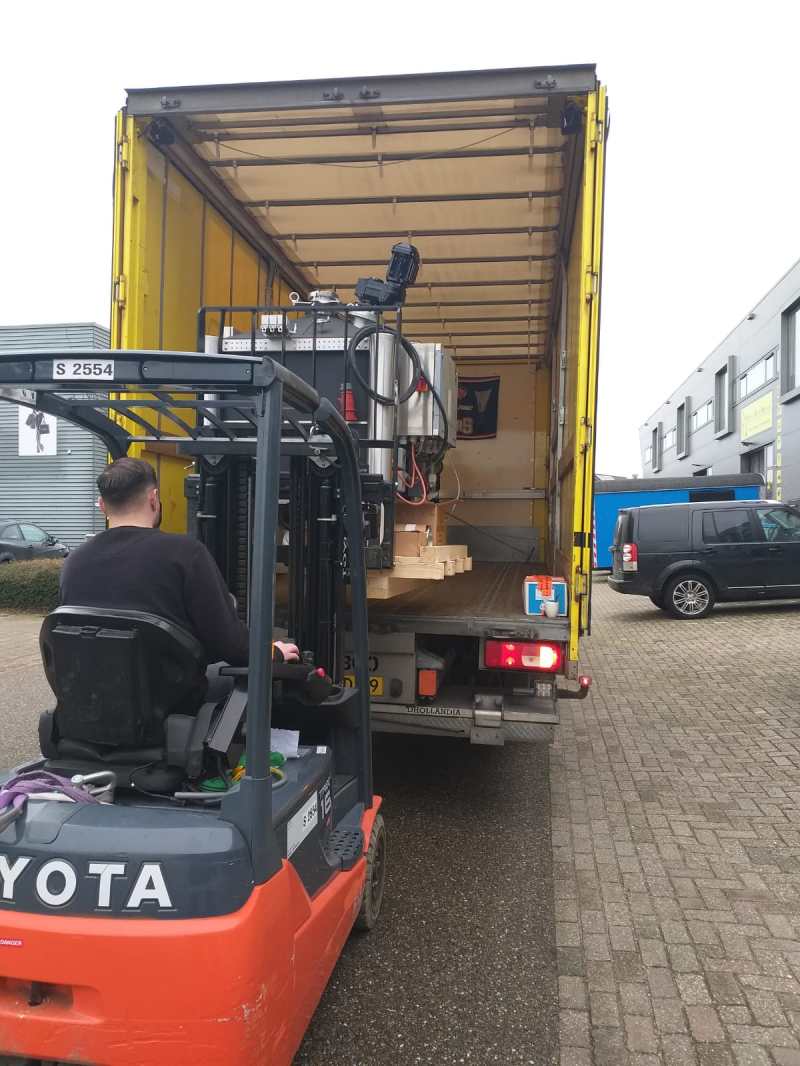 The Verdict is in on London Dry Style Gin!

Old Pilot’s Gin is IWSC’s best London Dry Style Gin. Made by our customers HB and Tomislav in Zagreb, Croatia, on an iStill. Congrats!!! Here’s what the jury has to say: 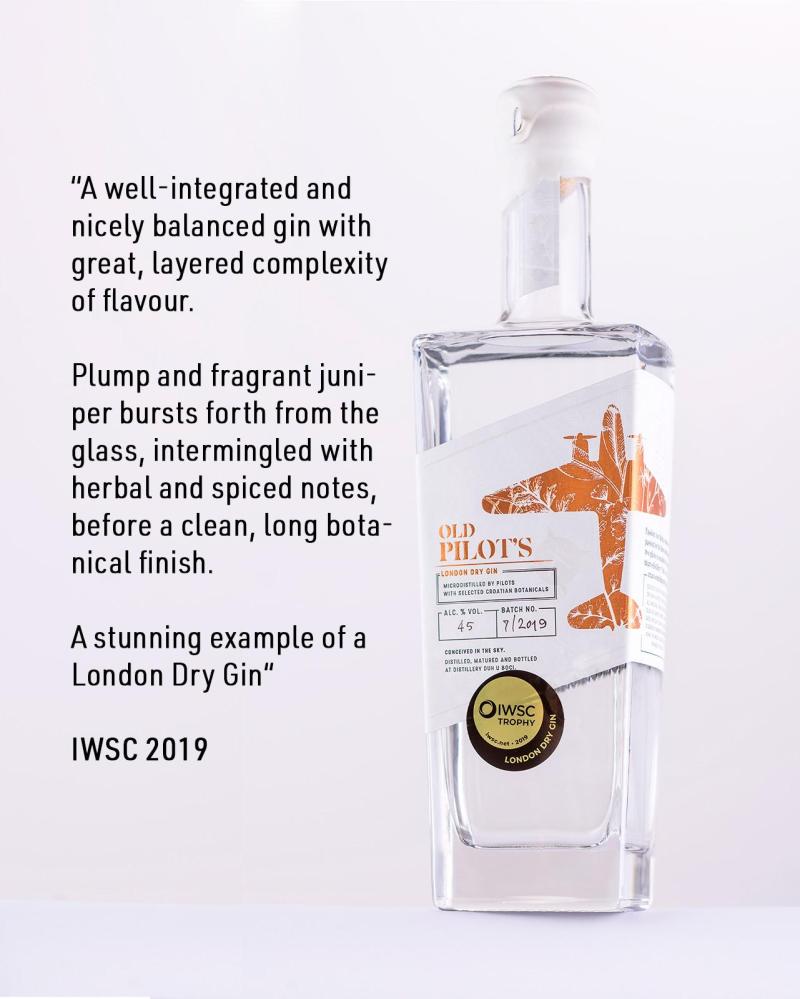