People have a general tendency to compartmentalize what they see and experience. By breaking up the world in smaller bits and pieces, it becomes easier to understand at least some of the parts that matter. It is a trait of human evolutionary psychology that makes perfect sense. When you see a lion hunting you, you run. Contemplating the nature of the circle of life, and trying to understand it all, while the lion is sprinting towards you, well, you might figure it out, but wouldn’t the price to pay be a little too steep?

Even though compartmentalization has huge (survival) benefits, one of the deficits is “mental entrenchment”, where the parts one understands start to define the world. This is an entrenchment, that now blocks a wider, more creative view of that world. It hampers learning and innovation. In context of the evolutionary example: if you have been successful at evading the lion multiple times, maybe it is time to consider moving camp to a safer location, instead of trying to out-run or out-climb what hunts you?

Craft distilling was a perfect example of mental entrenchment. The thousands of little distilleries that existed around the globe at the end of the 19th Century were wiped off the face of the earth due to World War I and prohibition.

When, some 15 years ago, craft distilleries started to be re-emerge, there was no direct line with these distilleries of old. Knowledge and experience had gone to waste, and all that remained were old textbooks and anecdotical stories.

The lack of understanding the bigger picture resulted in a mentally entrenched take on craft distilling. A focus on some of the parts that could be made sense of, like mashing, fermenting, and stripping and finishing. These parts, individually, could be understood. Heck, there were even  tools and machines available to help you perform each and everyone off these steps! And that compartmentalized view on the world of distilling gave a false sense of understanding the process, while – in fact – it was this focus on the parts, instead of the whole, that helped most craft distillers miss seeing the bigger pictures of their trade.

iStill’s founder, Odin, was not educated as a distiller. Instead, he has studied Business Administration and specialized in change management. When distilling sparked his interest, he immediately wanted to understand the underlying processes and building blocks. Just like a change manager would, when saving a company, he would analyse his way to get to the true building blocks of the value creation process, and re-organize and optimize them immediately after. Odin very soon realized that mental entrenchment had stifled innovation in the distilling industry and went to work his change management magic.

One of the first things Odin realized is that reflux equals re-distillation. In a world that held the firm belief that double distillation procedures were needed, in order to finish a spirit, that was a complete paradigm shift.

Traditionally, a bigger still would strip a fermented beer or wine into a 25 to 30% low wines. These low wines, smaller in size, but more concentrated in alcohol, would then be distilled again in a secondary, smaller finishing still to bring proof to 120 to 130.

Odin realized that, by returning (refluxing) some of the low wines directly back into the column they were made on, a distiller could achieve the same results. And more, since the more of the product you reflux, the more re-distillations you could get.

Secondly, by upping the reflux factor, the reflux still could make any drink, from whiskey to rum to brandy to gin and even vodka. The result? The craft distiller needing to have multiple stills for multiple spirits stopped being relevant, because one still (yes, the first generation of iStills) could now strip and finish in one go, and make any kind of spirit.

Mashing, fermenting, and distilling are physically the same processes

The fresh look on distilling helped change the industry in two ways. First, a new technology became available that made it much easier (and less capital intensive) to start a craft distillery. Secondly, rocking the boat opened the blinders and decreased the industry’s mental entrenchment significantly.

Having redesigned how stills work, Odin now went to work on mashing and fermenting. He woke up one morning with what felt like an epiphany moment: that mashing, fermenting, and distilling were – from a physical perspective – basically controlled by the same processes.

Here is his thinking:

iStills are distilleries, not just stills

With this base concept in place, he started designing the second generation of iStills: the iStills NextGen. The iStill NextGen product line is designed with the goal to bring that vision to life: that mashing, fermenting, and distilling are controlled by the same cooling and heating processes, and can therefore be integrated.

The take-away? When you buy an iStill, you do not just buy a still. Depending on how you spec your unit, you basically buy a complete distillery. The result? The craft distilling scene has found its footing again, and is innovating and changing into a vibrant industry, capable of taking on Big Alcohol. Let the fact that iStill is now the world’s biggest manufacturer of distilling equipment, with over 700 distilleries in operation, be testimony to that. 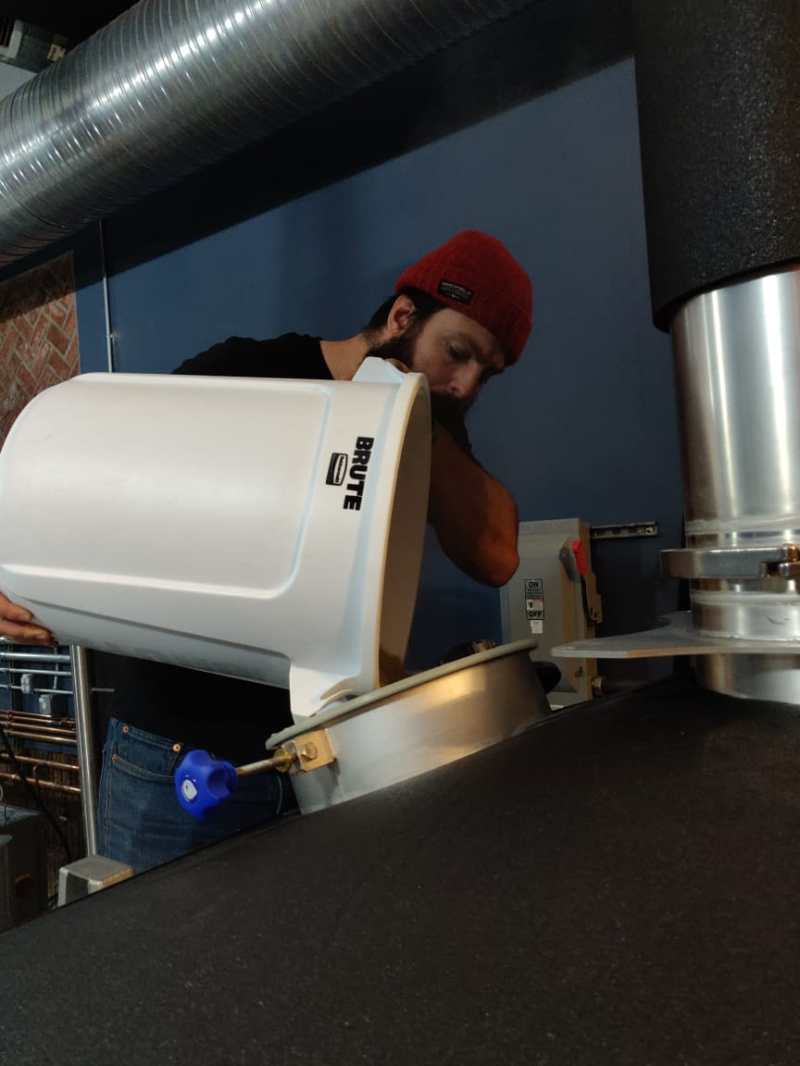