Distillation & Fermentation, The future of distillation

Fixation on Wood has gone Too Far!

Wood is an indispensable component in creating the flavour and characteristic of whisky, but producers are relying too heavily on the material, believes Angus MacRaild.

‘The Wood Makes The Whisky’ is Gordon & MacPhail’s latest slogan, but in reality it’s a long established notion held and espoused by swathes of the mainstream whisky industry. It is the philosophy at the root of the massive, producer-benefiting innovations in wood technology that have emerged over the past two decades.

Everything from the age of trees to the construction of staves; the length of seasoning to the heat treatment of casks; the palletisation of warehouses to the rejuvenation practices of ‘tired’ wood – all have seen ‘improvement’. The science of cask creation and management has allowed whisky companies the greatest influence over the speed at which they make their product, and it is intimately tied to the dwindling emphasis placed on the importance of the distillate.

Of course, casks and maturation are essential to the creation and character of whisky. What we have arrived at though is a situation where the reliance on wood to give flavour to distillate is massively lopsided.

Modernisations in the production of whisky through the 1970s led to a homogenisation of Scottish distillates. This character void has been filled by an over-reliance on wood to give flavour – so much so that the official language of whisky has evolved with it to reflect this. Emphasis on ‘vanilla’, ‘sweetness’ and ‘quality wood’ automatically means first-fill Bourbon barrels, though I am not a proponent of the notion that Scotch is undergoing ‘Bourbonisation’. I think this theory is a distraction from the wider issue of homogenisation, which has been going on for the past three or four decades.

This near-religious contemporary focus on wood is symptomatic of the fact that whisky has moved away from being a drink where the identity of the distillery is felt in equal harmony with the casks it was matured in. We associate maturity with wood flavour rather than with integration, balance, complexity and the tertiary aromas and flavours that can only be derived from lengthy interactive maturation processes.

The old idea that ‘refill is king’ and the best casks matured whisky without obscuring its inherent personality is a diminishing notion among distillers. For much of the mainstream industry, this has arisen through a desire to make whisky in greater quantity at greater speed and to achieve this, a heightening of the efficiency and activity of wood was seen as essential.

There remain exceptions of course. Laphroaig has been one of the most vocal advocates of first-fill American oak barrels, and this philosophy is glaringly evident in their whiskies. It was matched, however, by an increase in their peating levels which created a new kind of Laphroaig – one still distinctive in bottle, but bearing little resemblance to its classic ‘fruit-heavy’ style.

Something similar might be said for most of Scotland’s traditionally peated malts. And there are examples of good modern whiskies that embrace wood technology – Glenmorangie has done it with admirable honesty. I don’t generally enjoy Glenmorangie’s wood-centric style but at least the company has always been clear that it wants its products to be very much about the wood.

This is perhaps the crux of the matter: honesty. I find it greatly disheartening to hear producers harp on about the wood while still banging the tired old drum of traditionalism. It is a lie.

Wood is only one part of the story but producers cannot truly speak of the importance of fermentation in the creation of whisky flavour when virtually all distilleries now use the same two strains of distiller’s yeast. This is laughable to the makers of wine, beer, Cognac, Armagnac, rum, mezcal, Tequila and many of the new generation of distillers in America and the rest of the world. They cannot speak honestly about barley, locality of peat or malting techniques when this part of the process has long been centralised and standardized, with the varietals of barley all designed solely for their yield.

As long as the core part of whisky making – the creation of the distillate itself – is honed in the name of efficiency to the point of homogenisation, then the language of promotion, marketing and education will always revert disproportionately to wood.

No one doubts the significance of wood, but I long for the day when it is revised in proportion to the immense importance of fermentation, raw ingredients and methodology.

Once again, to the new generation of Scottish distillers: the responsibility lies with you. The mainstream industry won’t do it.”

An article aimed at the heart of big alcohol Scotch whisky distilling. And a post that resonates with me personally. Why it touches me personally? Because I love whisky. Well made whisky especially. My definition of whisk(e)y? “A spirit distilled from a grain mash, where one can recognize the grain the spirit is made from”. Traditionally, grain is at the heart of any good whisky. Not wood, not sherry, not port, nor peat.  Yes, wood, sherry, port and peat “finishes” could (and often should) accompany the base whisky taste, but they should never dominate the grain flavor.

Personally, I see all the current emphasis on wood, as a result of marketing and economy, instead of originating from the great, traditional whisky production, where different varieties of (“imperfect”) malt, yeast and production protocols created different (and interesting) styles of whisky.

By overemphasizing the wood, the industry seems to have achieved two things. First, as mentioned in the above article, it allows distillers to cover up the relatively bland base spirit now often produced, where reproducibility, efficiencies of scale, and ease of operation seem to trump the base product’s flavors. The wood (and especially the wood finish) is one way to cover up lacking flavors. I mean, really, when is the last time you opened a bottle of Scottish Single Malt and thought “Wow, that actually tastes malty!”. No, contrary to a few decades ago, we (the consumers) now are expected to hail the red hue of the whisky, the vanilla in the nose and the sherry in our mouths. Sorry, but if I want to drink sherry, I’ll just buy a bottle of sherry. Please, give me back my malty grain flavors instead.

Secondly, the emphasis on wood (and peat) allows existing distilleries to create demand by exclusivity. The more varieties out there, the more the (bland or not) New Make is smeared out over multiple iterations. Each iteration allows for marketing action. And of course, each iteration is (or will become) a new collectors item. Why wood serves existing big alcohol owned Scottish Single Malt? It drives prices up and creates more margin for the behemoth owners behind them. Darn, I have trained multiple Scottish whisky master distillers and they all tell me they are paid by the shareholders to do one thing and one thing only: to push out as much of the same New Make as possible.

And since now most of the base spirits are like all the same, one needs wood (and peat) to make a distinction. Really? Where have the times gone where master distillers were actually … master distillers instead of wood finishers? What happened to master distillers designing different New Makes? Control over fermentation temperatures and sourness levels allow any well trained distiller to make very different (fruity, rooty, nutty) New Make. Different yeasts to complete the pallet he (or she) is looking for …

I invite existing big alcohol producers (and the de facto owners of so many great, original Scottish whisky distilleries) out there to read Angus’s article carefully. As mentioned above: it aims at the heart of what Scottish whisky should or could stand for. If you guys want to give control of your distilleries back to your master distillers, we are here to help you train them. Really, they wouldn’t be the first, nor the last Scottish party we welcome.

Also know that we have mashing, fermentation, and distillation equipment available that can help you diversify your New Makes, thus lowering your dependence on wood finishing. Perfect temperature control and perfect pH control and perfect SG control, combined with the right strains of yeast, equal taste. Malty, grainy, fruity, rooty, and nutty flavors. No more need of port or excessive peat, of sherry and/or Bourbon cask finishes. The New Make will be so good, and so unique, that you want to let those tastes shine, without overpowering them by what are basically taste substitutions.

Scottish Single Malt whisky is my favorite drink. I want to keep it that way. I’d love to see the numbers go up again: of Scottish whisky actually growing again, instead of dwindling and loosing ground to other drinks, like Bourbon and Irish whiskey. Please see this personal postscriptum as what it is: my little nudge to maybe help us get there.

And if it isn’t big alcohol owned distilleries that do it, I am pretty sure its going to be the Craft Distilling industry that takes over. Young, Scottish entrepreneurs with the same love as I have: for the whiskies their fathers and grandfathers made and drank. I am pretty sure that if Scottish whisky doesn’t find its amazing roots back soon, we’ll see happen to whisky in Scotland, what’s already happening with gin in England and Ireland, where Craft Distillers are taking over like half of the gin market in just a few years time.

The spirit of those English and Irish gin distillers? Young, innovative, with a mindset that can be described as “following in the footsteps of tradition, without tradition stepping on our feet”. And if we look beyond the numbers, it becomes clear what makes these gin distillers so successful. It’s quality. Put their drinks up against any of the established (soon less well established) gins and you’ll see for yourself: tradition only helps make better spirits as long as quality isn’t overpowered by marketing and economy.

Put our money where our mouth is, Odin? Here I go: we have designed amazing new tech that fully complies with the standards and regulations of the Scottish Whisky Association. Lyne arm. Pot still. Copper all over the vapor path. And there is more. As of today, each and every new Scottish customer will get a 10% discount on iStill University workshops as well as equipment. Why? Because we care! The discount is available for orders placed in 2018. 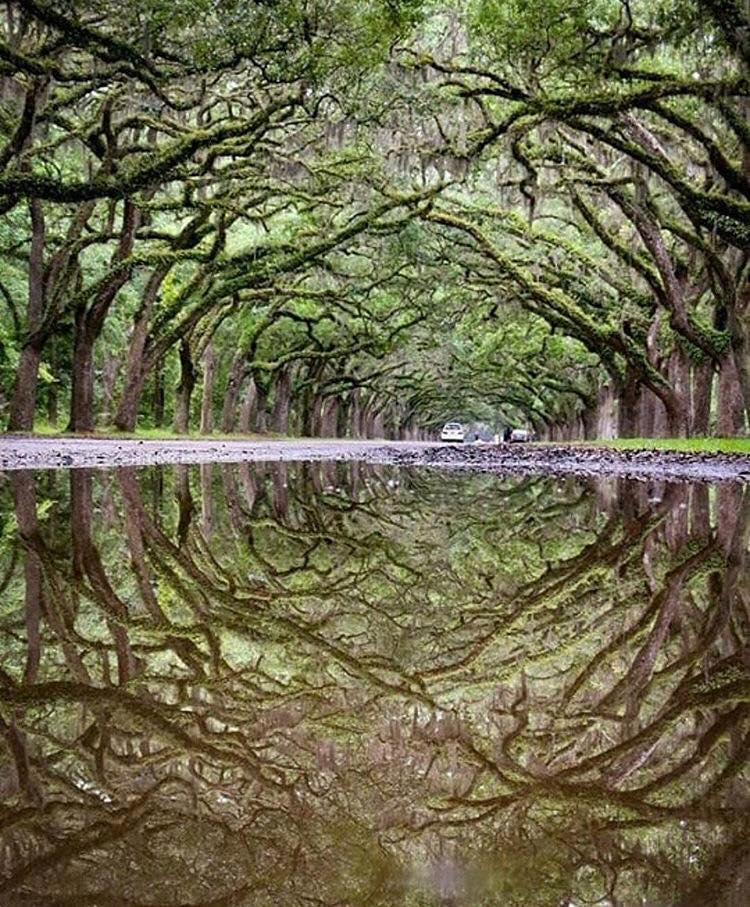 One thought on “Fixation on Wood has gone Too Far!”