iStill Equipment, The future of distillation

Last week I shared the performance figures of the new iStill 100 NextGen with you. Summary? It outperforms the older units by 50%. So … how does the iStill 500 NextGen hold up?

The NextGen boiler was filled with 400 liter at 18%. Heating up the boiler, boiler contents and column (the packing packs a punch!) took 2 hours. No stabilization was needed: perfect heads compaction when total column heat-up was achieved.

Heating-up took place until T(boiler) was 89 C. The iStill 500 NextGen then automatically dialed down to 10.8 kW for the actual run.

I told the robot to do an automatic learning program with the goal to maintain pure azeotropic output (96.5%). The computer calculated 78.9 degrees C as its boiling point and that was checked by hand. Results: output was 96.5% (see picture underneath).

All openings were stable. Only opening 400 lost stability by 0.1 degree C within the 15 minutes test cycle, potentially lowering output ABV to 96.3%. By that time boiler contents were only 10%.

The new iStill 500 NextGen produces up to 18 liters of pure azeotrope per hour. The old iStill 500 produced 11 liters per hour. This means the NextGen innovations offer a 50% gain in performance.

The iStill 500 NextGen ran at 60% power during the tests, which meant its power input was 10.8 kW. That’s 20% more than the 9 kW used in the testing of the old iStill 500. This means that the NextGen innovations offer a total system efficiency that’s 30% higher.

The old iStills 250 and 500 were prone to column flooding. Something I wanted to eliminate with the new system. Not by reducing power input, because that would reduce overall performance, but by a newly designed spirits collection system.

We also tested the NextGen column (with its new packing and new robot and new cooling system) to see when column flooding arises (again in cycles of 15 minutes):

The iStill 500 NextGen can easily produce at higher settings than 60% power input, meaning there is room for a performance increase of at least another 30 to 40%. The resulting  output is then over 25 liters of pure azeotrope per hour.

Just as with the iStill 100 and its steady state design, meaning – among other things – that no column flooding takes place ever, I want to try to innovate the iStill’s 500 NextGen column some more. If my calculations are right (and I think they are!), you could then run the iStill 500 NextGen at 18 kW during the whole time, increasing performance some more, without ever running the risk of column flooding.

The new and structural anti column flooding design will be a free upgrade for all iStills 500 NextGen that are out there already or have ordered recently. People that run the older iStills 250/500 can get the new improved column too as a retrofit. It costs EUR 2.750,-. It will eliminate column flooding while improving performance with 30% on the older models. 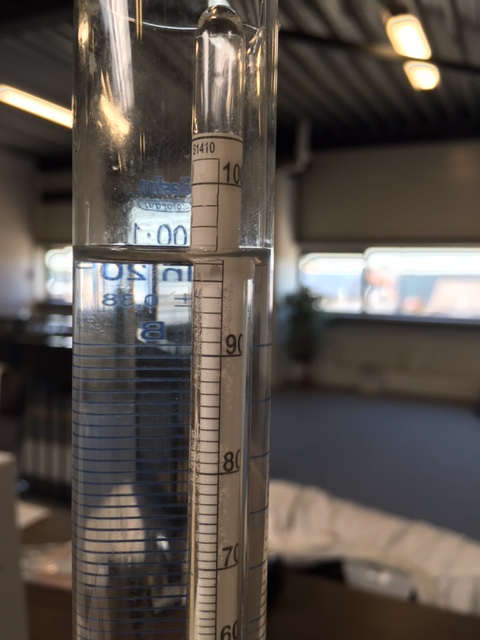