The Theory Behind Boiler Design (2)

This is the second post on boiler design. Please read the first one first! Here it is:

The conclusion from my first post was that distilling equipment in general hugely benefits from a wider and lower boiler design, rather than a higher more narrow shape. But there remained more questions to be answered, like “Why don’t other still manufacturers use broader boilers?” and “How does boiler design influence taste (if at all)?” But there are more questions that need answers. Like “How about internal aerodynamics?” and “How about energy management?” I think, that if we provide the answers to those questions, you (and others) will gain more understanding of how boilers should be designed. Or at least why we design the iStill boilers the way we do.

Seperate from using a wider boiler design, that will create less bubble action on top of the liquid bath, it boils down to just two things, when inside boiler aerodynamics is your thing:

I will deal with boiler insulation in the next paragraph. For now, let’s zoom in on ceiling slope. If the walls from the boiler are vertical, and the ceiling (or roof), on which the column rests, is at a 90 degrees angle (AKA horizontal), the gasses, rizing upward, will hit that ceiling dead on. One guarantee: horizontal boiler ceilings create massive amounts of unwanted (because it is a waste of energy and does not serve any goal) passive reflux in that boiler. A gentle slope upwards is what’s needed, to guide the gasses to the column entrance with as little boiler reflux as possible.

And that’s one of the main design challenges, something that asks for a lot of testing: given the boiler size, energy input, goals in terms of output per hour (in liters and in ABV), ABV range of washes and low wines … what slope is most efficient? How we figure it out? By testing different designs with different slopes over and over again.

So … why don’t other still manufacturers use boiler insulation?

Well, simply put … because looks have priority over function. Great, the answer was actually shorter than the question. I like that. Don’t get your hopes up, though! The next question will take more time to answer!

Why don’t other still manufacturers use wider boilers?

The book on how to design stills was written in the 1860’s. Nothing much happened until we came to the market place. And we only came to where we are today, because the first thing we did, when we started designing our iStills, was to throw the 1860 handbook out of the window. If you want to design a car, you are not going to look up the book on horses and cariages either, are you?

The book on how to design stills isn’t just old. The really bad news is that it was pretty much written (or more precise: put to practice) in Germany. And in Germany schnapps and/or obstler are the main spirited drinks. Fruit brandies, that is.

So what happened is this: German still manufacturers adapted the general designs from the 1860 textbook to facilitate what their German customers needed: they designed, developed, manufactured and sold fruit brandy distillation equipment. And then they started selling these units all over the world.

Did they adapt them for whiskey making? Nope. That would have meant selling less plates, so less turnover. Did they adapt them for vodka making? Yes! That meant they could sell you more plates and actually increase their revenue. And most likely you got sold a hybrid still with both whiskey (fruit brandy, actually) and vodka columns next to one another. You thought you’d get versatility, they thought they could make some more money.

Back on topic: by focusing on plate sales, these still manufacturers (as well as all the others out there, copying them) alltogether forgot about changing the boiler to accomodate brandy, rum, vodka, and (especially) whiskey making.

Here’s why a fruit brandy boiler design was (and is) different. Fruit brandies are fermented on the pulp. This pulp is usually very thick. Much thicker than a grain wash. Think “applesauce” and the message probably sinks in.

Something as thick and non-viscous as applesauce is prone to scorching. Especially when the boiler is made out of copper. Copper has great heat transduction, but – in the old days – that was not just a benefit. Wood fires and even gas fires do not disperse their heat perfectly. The energy input at one part may be much higher than at another part of the bottom of the still. Copper transfers these peak energies to the (remember: sticky) wash more readily than for instance steel.

How they solved the scorching issues? By three adaptations. First, by creating double boilers. The double boiler design disperses heat better (a prerequisite when you use a copper boiler in combination with an applesauce thick charge). But that was not enough.

The second thing they did was to add an agitator to stir the thick fruit pulp. And since they used 1860’s technology, that was based on heavy bubble capped plates, moving the column away from center stage was not an option. Instead of the boiler, it was the agitator that had to move to the side, where it had to be diagonally mounted.

Now, please stay with me, since this is essential. Because a diagonally mounted agitator is smaller than one placed horizontaly at the bottom of the boiler, they needed to compensate. To get sufficient amounts of agitation from a relatively small agitator, they boosted the rpm. Small but fast spinning agitators, that’s what they went for. And because of the high rpm as well as the agitator’s placement (closer to the surface of the pulp in the boiler), pulp would (and still is) flying around a lot.

If you ever visited a craft distillery that distills on the grains and uses one of those German fruit brandy stills, you may have seen it, when you looked through the looking glass into the boiler: grains flying around as if the circus was in town!

Now, from reading this post and the previous one, you may have learned that grains flying through the gas bed … is not the best way to start distilling. But these stills were originaly designed for fruit brandies, and given the thick pulp, the materials at hand, and the heavy columns on top of their boilers, they didn’t have another choice, really.

But the worst part in their design approach (for the brandy, rum and whiskey maker) is this: because the pulp and grains are thrown in the air violently, by that small, diagonally mounted high rpm spinner … they needed more head space above the pulp or distillers beer to prevent bits and pieces entering the column and jamming up the bubble caps. And that was their third design adaptation: higher and more narrow boiler designs that can normally only be filled for like 50 to 60%.

The traditional high yet narrow boiler design in most of today’s stills is the result of technology that is not only outdated, but also came to life to facilitatie fruit brandy distillation instead of brandy, rum or whiskey production.

Really? Does boiler design influence taste? Yes it does! Both directly and indirectly.

The most important direct influence is usually caused by copper being the main material for most boiler designs (not ours, though!). Research from the University of Edingburgh shows that, during first distillation, a copper boiler has a negative impact on total sulfur count. Luckily, more and more of the boilers are now made out of stainless steel. Even when the overall shape stays substandard.

An example? Well, eat a potatoe that’s raw … and then try one that’s cooked and fried. Off course the raw potato is pretty much not edible, but if you would just focus on the difference in taste between the two you get the picture. The cooked and (especially) fried potatoe benefits from the Maillard Reaction, where the raw (or only boiled) potatoe does not. If you don’t like potatoes, think steaks.

Double boiler designs do not facilitate the Maillard Reaction. This means you loose out on taste. It is actually one of the reasons why fruit brandies are so much lighter in taste than most whiskies. Since they are double boiler distilled there’s no Maillard Reaction in the boiler that they can benefit from, tastewise. It is also the reason why many of the whiskies made in plated stills lack taste. Many distillers rerun feints allmost continuously to compensate for it. Most of them think their thin tasting whiskey comes from operating too many plates, but that’s only partially so. It’s the lack of Maillard Reaction, due to the double boiler design, that’s most destructive to the formation of a great tasting whiskey.

Well, there is so much more to tell about still design. About the choices we make, how we make them, why we make them, and how they make distilling a great product easier. But do you want to know? I mean, this post as well as the previous one were pretty technical. And pretty darn long too! Is that to your liking? Please let me know. There’s a Poll underneath. You tell me if you guys like these kind of posts. If “yes”, I will dive in deeper (and believe me, the rabbit hole goes deep!). If the outcome of the Poll is a “no”, let’s go back to interviews and recipes and new product launches. You get to decide this time! 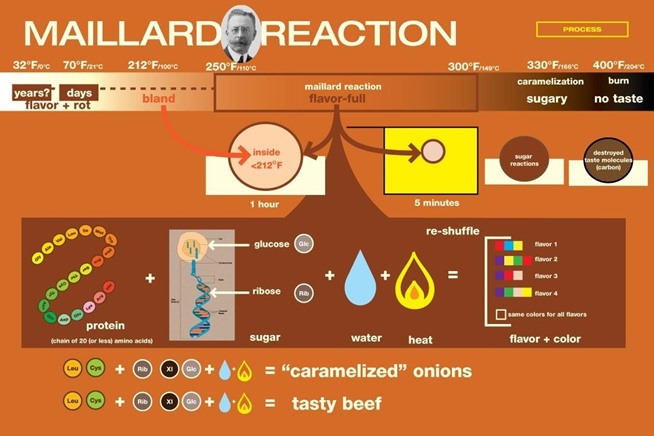