Resveratrol to keep your yeast in shape?

Here’s a translate with some info on the results obtained with resveratrol. A bit “me so happy, love you long, long time”-English, but let’s blame Google Translate for that:

When yeast cells have been shown that resveratrol the survival time of the cells with an average of 70% can extend, probably due to activation of the sirtuin. [6] Also for organisms such as flies and worms has been shown that the substance is led to a longer life span of cells. [7] or the chemical compound also for human cells, such a life-extending effect, is still unknown.
Studies suggest an effect that cancer at bay. [1] [2] [8] [9] This is especially true against breast cancer. [10] [11] [12] In animal studies provides resveratrol genetic protection against ionizing radiation. [13]
In addition, resveratrol seems to have an antibacterial and fungicidal action, and to be anti-inflammatory, inter alia by means of inhibition of COX-2. [6]
”

Let’s move backwards in time for a change of perspective. France. Late 1970’s. French Paradox. Which one? The one where dietists found out that people in the south west of France eat about the worst diet possible, yet they lived long & healthy. Significantly longer and significantly healthier.

How was that possible? Long time research came up with resveratrol. A polywhatever present in the skins of grapes and in red wine. Now guess what those Frenchies drank pretty much the whole day … red wine. While they were not eating grapes, that is.

More research. Resveratrol seems to activate or trigger the disposal of malfunctioning cells or other small parts of plants, bodies, animals. Normally we live, eat, and are about fine. The body does not do a big job in cleaning up or repairing damaged cells. The body does not need to be 100% efficient. Plenty of food, shelter, etc.

Now back to another Paradox. Which one? The Dutch Paradox of 1945. The so called hunger winter. Western parts of Holland were still occupied by German troops. No food came in, people starved. Funny thing (if that is the right phrase): those who survived were actually healthier. For 6 months people stopped dying from cancer and heart diseases. And later on, for more years to come, especially people from the big cities (where famin was the worst) would live with less hearts disease, less cancer, less sugar problems. Even a decade after the hunger winter finished, statistics showed significantly less cancer and heart related illness.

What happened? In times of stress the body does repair itsself to obtain 100% efficiency. The trigger marker in the blood to dispose of damaged cells, or to repair them? Resveratrol.

Back to France and towards an explanation: Consuming additional resveratrol seems to help the body to preserve itsself in a better state.

Studies to proove it? Some. First tests on yeast show a longer lifespan of like 70%. And the antibacterial and anti-fungal capacities of resveratrol helped them survive in a more hostile environment for longer as well.

Ever since that first study, there have been others. On wurms (yes, they live longer too) and on mice (yep, another success!). Really long term studies on humans have not been done yet (well, apart from the Dutch and French Paradoxes – both well documented and statistically sound). But this Blog is not about making us live longer. It is about making fine drinks!

What triggered me, is that resveratrol helps the yeast live longer, stay healthier, and has anti-fungal and anti-bacterial properties.

Now wouldn’t that be a great addition to our ferments? And shouldn’t it be an addition to any ferment we make? I mean, we want our yeast to be in the best working condition available, right? And if resveratrol helps … it should help us make better beers or wines that have less unwanted compounds in them. Healthier ferments, smaller cuts for heads and tails? Tastier product? A healthier yeast should make a better product! 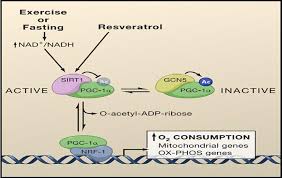